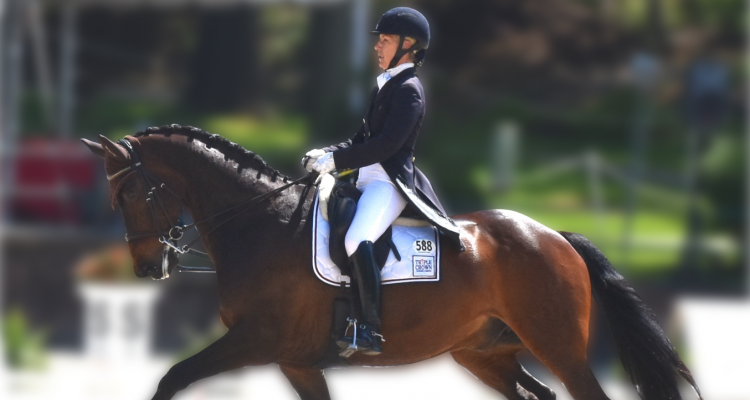 Rancho Murieta, CA (September 20, 2017) — Custom Saddlery, a longtime sponsor of popular California Dressage Society horse shows and events, is showing its support of the organization once again by serving as a Gold Sponsor of the 2017 50th Anniversary California Dressage Society Championship Show. The event will be held beginning tomorrow in Rancho Murieta, California, at the Murieta Equestrian Center through September 24th

The 50th Anniversary California Dressage Society (CDS) Championship Show will challenge riders with four days of dressage tests from Training Level through Grand Prix, including the competitive 2017 CDS Horse of the Year classes. Custom Saddlery will be the title sponsor of the $1,000 Horse of the Year (HOY) Grand Prix. The CDS Championships will offer a total of $30,000 in prize money and awards.

Custom Saddlery is proud to be a part of the California Dressage Society’s 50th anniversary celebration by helping make this competition possible. As a favorite saddle manufacturer across North America and Europe, Custom Saddlery is dedicated to promoting excellence in the sport of dressage - not just through sponsorships of major dressage competitions, but also by crafting unique, high-performance saddles for the equine athlete. The company is known for being able to expertly fit a saddle to any horse, taking care to design each individual saddle for a specific horse’s body type. Custom Saddlery’s professional saddle fitters are located all throughout the United States. With several talented fitters in California, and official Custom Saddlery Most Valuable Rider (MVR) Steffen Peters based there as well, it’s no surprise that Custom Saddlery plays an active role in California Dressage Society competitions.